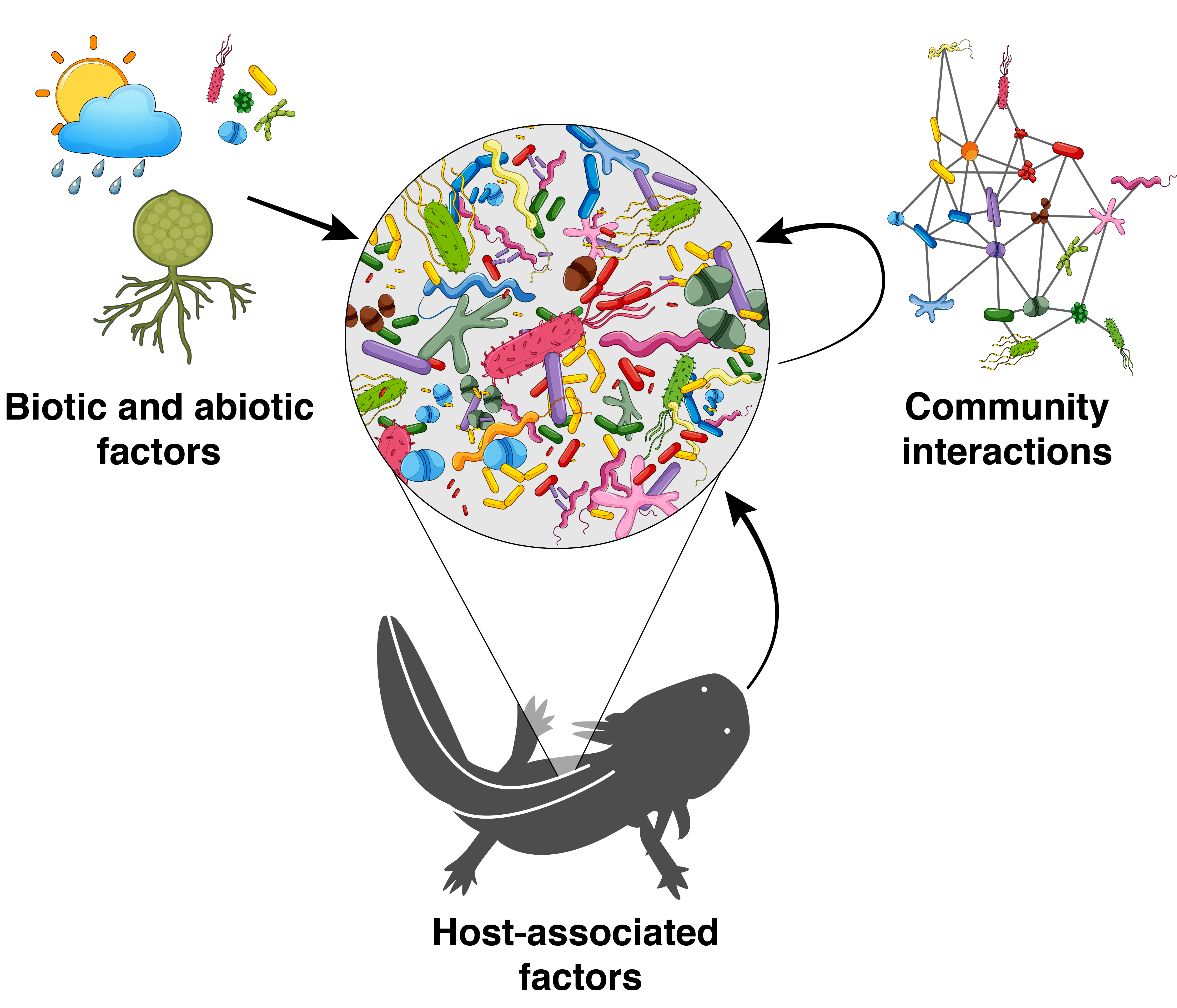 Amphibian skin microbiomes can play a relevant role as part of the host defenses against pathogens. Some bacterial members of the amphibian skin microbiome are able to inhibit the growth of fungal pathogens such as Batrachochytrium dendrobatidis (Bd) and Batrachochytrium salamandrivorans (Bsal) in vitro and in vivo. These pathogenic fungi are the causative agents of the emergent disease known as Chytridiomycosis, that has caused dramatic population declines and extinctions of amphibian species worldwide.
Recent studies have shown that skin microbial communities in amphibians can be influenced by several abiotic and biotic factors. In my lab, we are mainly addressing the following questions:

1) Which abiotic and biotic factors modulate the structure and function of skin microbial communities
2) Which host-associated factors modulate or modify skin microbiomes and
3) to what extent, interactions occurring within the skin community determine emergent properties such as host pathogen protection?

Through the use of next generation sequencing technologies and classic culturing techniques, we are addressing questions aiming to understand the ecological and evolutionary mechanisms behind amphibian-microbial symbioses. Our study models are mainly Mexican amphibian species, including the highly endangered axolotl species.